The Twinning project and the Project team completed all the activities and events planned of the Rolling plan. Two very important events, the kick-off and the 2nd Steering Committee Meeting were held during the beginning of March.

When it comes to the activities, Mission 2 of Activity 4.1.1 was held in the period from the 7th till 11th of March where the Slovenian experts Urška Marentič, Nika Mustar and Maja Grašič, as well as their French colleague Brigitte Bouquet drafted the recommendations for the development of NQF digital register. Together with representatives from the Bureau for development, higher education institution representative, VET Centre and the Adult education Centre discussed over the obligatory and optional fields to be included in the NQF digital register. 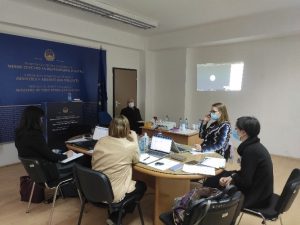 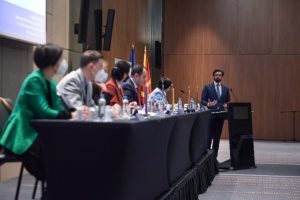 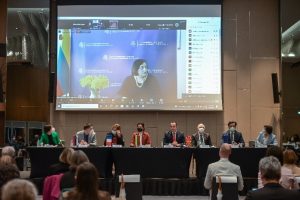 Following the event, the 2nd Steering Committee Meeting was held in the Members of parliament club where all the Committee members were present. The RTA Ms. Jolita Butkiene presented the completed activities as well as the Rolling Plan for the upcoming period. The Deputy Minister Mr. Lulzim Aliu expressed his gratitude and congratulations on the great work so far, including working meetings, missions, and kick-off event. He recognized the level of professionalism and shared the expectations that it would secure the project’s timely completion and strengthen the NQF. The Project Leaders signed the Rolling Work Plan for the project and by that approved its further implementation. 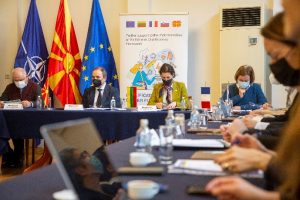 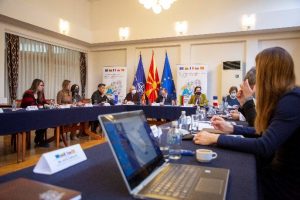 In the period from 21-25th of March, the 2nd Mission of Activity 1.1.2 was held in the Adult Education Center. The Lithuanian experts Ms. Nora Skaburskiene, Ms. Daiva Lepaite and Mr. Almantas Šerpatauskas together with BC representatives from HE institutions, National Council for higher education and scientific and research activity, students, QA Agency representatives and the newly appointed Presidents of the Board for accreditation and the Board for evaluation, as well their respective members, discussed and reviewed the benchmarks of the education programmes in accordance with the Bologna requirements and the Standards and Guidelines for Quality Assurance in the European Higher Education Area (EHEA, ESG 2015). 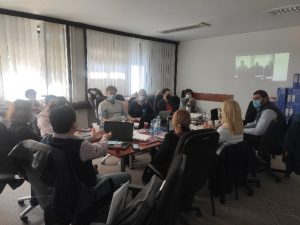 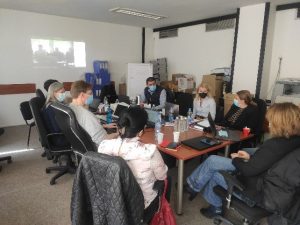 The very next week, two mission were held in parallel. One of the Missions dedicated to conducting of evaluations and producing an analysis report on implementation and practice of the NQF in relation to VET was carried out in the VET Center where the group of MS experts were warmly welcomed by the staff and the director himself. This mission of Activity 2.1.1 where the experts Ms. Odeta Kupetiene from Lithuania, Ms. Daria Duilovič and Ms. Brigitte Bouquet from France who joined online, conducted a lot of meetings with representatives from the Sectoral Councils, Bureau for development, Adult Education Center, VET Center, Chamber of Crafts, HOTAM-the Hotel and restaurant association as well as the Department for secondary education, adult education and lifelong learning from the Ministry of education and science. Constructive discussions and interviews were undertaken with all the representatives which resulted in the recommendations for improvement of the NQF. 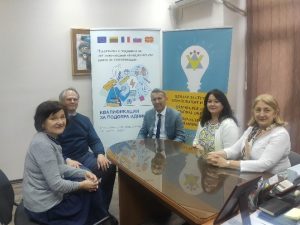 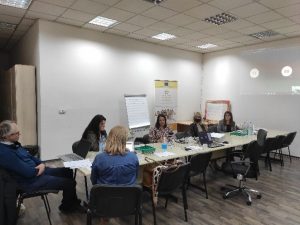 At the same time Mission 3 of Activity 1.1.1 was ongoing in the premises of the Ministry of Education and Science hosting the MS experts Mr. Vidmantas Tutlys, Ms. Ana Tecilazić, Ms. Aurelija Valeikienė, Mr. Mile Dželalija and Mr. Eugenijus Stumbrys who worked together with representatives from HE institutions to review the methodical and legal regulations on NQF in line with the policy and legal framework for external QA in higher education and VET conducted in accordance with an inclusive and evidence-based approach. In addition, the quality of research activity in HE institutions was analyzed as per BC project Leader request. A meeting in the Fund for innovation and technology development was held regarding the resource planning for scientific and research activities with special focus on the higher education. Additionally, international cooperation in the scientific and research area was discussed within the scope of the academic community as well with the public and private sector. Preliminary recommendations were drafted for the improvement of the research activities and recommendations finalized for Quality assurance of the NQF system in accordance with latest requirements from EQF.