The Minister of Education and Science, Mr. Abdilaqim Ademi, gave his address at the kick-off event dedicated to the launch of the new Twinning project: “Further improvement of the system for development and implementation of the National Qualifications Framework.” 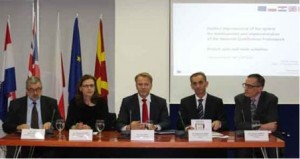 Ademi stressed that the creation of a competitive European field for education, economy and the labor market requires mobility of qualifications and their clear recognition and use by individuals, employers and the whole society. “Thus, the European Qualifications Framework was established as a new European system of values and a new approach towards education and training, which would be acceptable for both EU Member States and countries wishing to join the European family,” said Ademi. 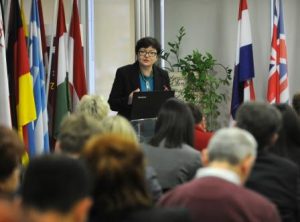 National Qualifications Framework represents a national standard of our country, which regulates the acquisition and use of qualifications based on the current and future demands of employers for knowledge, skills and competences, and will provide greater mobility, both in education and training, and market Labour, the Minister of Education and Science. 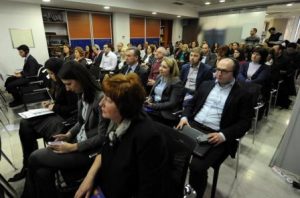 “From here arises the need for developing the National Qualifications Framework as the key tool for introducing change in the process of learning and training and investing in human capital. It is the basis for countries to prepare the system of education and training and the qualification system for the future, according to the social and economic needs of the labor market. This is also in line with the implementation of the Recommendation of the European Parliament and the Council of Europe of 28 April 2008 for establishing a European Qualifications Framework for lifelong learning, “Ademi said. 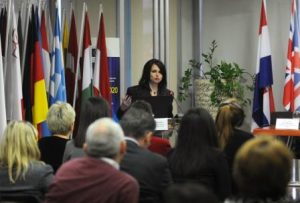 “The National Qualifications Framework represents a national standard of our country, which regulates the acquisition and use of qualifications based on the current and future demands of employers for knowledge, skills and competences, and will provide greater mobility, both in education and training, as well as the labour market,” added the Minister of Education and Science. 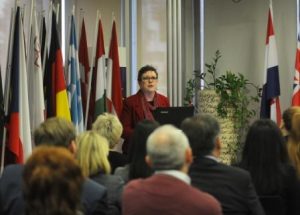 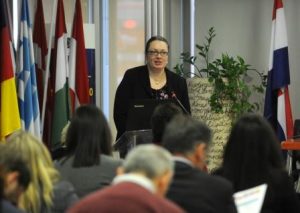 “This process contributes to the strengthening of partnership at national, regional and international levels. That is why this project is supported by the EU, which will contribute to the implementation of the National Qualifications Framework through the expertise and exchange of experiences and good practices with other countries, “said Ademi.

The project consists of three components:

The activities to be undertaken for the implementation of the three components were presented by Project Leader Ms. Agnieszka Chłoń-Domińczak and Mr. Horacy Debowski of Poland, Ms. Ana Tecilazic-Gorsic of Croatia and Ms. Aileen Ponton of Scotland. The benefits of the project were presented by Ms. Natasha Janevska, State Advisor in MES and national Project Leader, who said that the greatest benefit is increasing the awareness for the National Qualifications Framework, identification of existing qualifications taking into account all levels of NQF and their proper distribution, involvement of all stakeholders in the implementation process of the framework, starting the process of formation of Sectoral Councils for qualifications, developing a serious approach for the process of quality assurance in the qualification system and developing guidelines and protocols for quality assurance that are aimed at creating an operational and sustainable NQF system. The event was moderated by Ms. Nada Stoimenova and Ms. Beata Balinska, Counterpart of the Resident Twinning Advisor and the Resident Twinning Advisor respectively.