A second debate on the draft text of the Manual on Adapting Existing Qualifications to NQF and EQF Requirements was held on 20th June, in the EU Info Centre, with representatives from various educational institutions, employers, chambers and members of the national Board for NQF and experts from the Twinning Project Further Improvement of the System for Development and Implementation of the National Qualifications Framework. 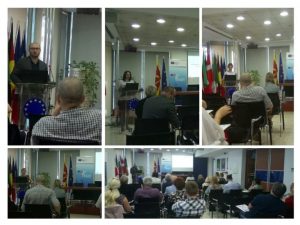 The goal of the debate was presentation and discussion regarding the contents of the Manual of Adapting Existing Qualifications to NQF and EQF Requirements. The Manual is a collection of information that would give direction to the professionals involved in the process of adapting the existing qualifications according to the NQF and EQF requirements.